Although vessel may look very old, it should be considered in reasonable good quality as she is built of Korten steel, non rusting steel.
(From this steel many ships in Holland still sailing even built 19th century !)

Vessel was sailing Swedish flag, which will be withdrawn this week, due to left the Swedish territories and being for sale via us now.
She can load 600 Mtns cargo and has 2,5 Mtons per cm submersion.

Owners idea 100.000 Euro nett, but believe this is very well negotiable.
She can now be inspected in Denmark where iddle.

Vessel is in trading/running condition and very well equiped 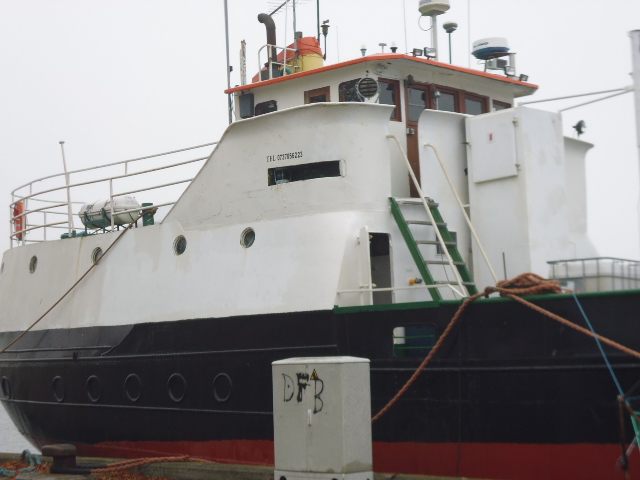 All offered vessels according owners information without guarantee.
All offers commissionings, sales and purchases, according our general business terms only,
which will be provided to you before starting negotiations on any vessel.
We work according habits of the International Shipbrokkers Associaton and Fonasba.
Address Seaships: Loberingemaat 5D 7942 JD Meppel, The Netherlands.